Last year I left the house 15 times and this year up to June I had been out 7 times, these were mainly visits to the doctor or the hospital. To make matters worse, I couldn’t even get into the garden because of a high threshold on the patio doors and a patio that was split into three levels and so I spent all my time indoors.

In June of this year my wife started a Just Giving page to fund an accessible decking area so that I could get outdoors, to be honest I didn’t think it would achieve the goal she set, but I was wrong! 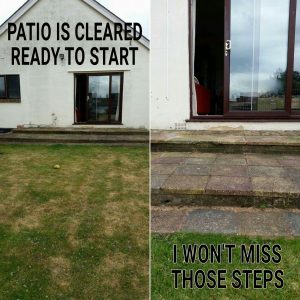 The campaign was shared by my wife on the Facebook group Guardians of the Beard that I run and the guys were amazing and the amount raised in one day was unbelievable. Family and friends also donated and we eventually raised £1241 but after the Just Giving deductions we had £1162. We also contacted some local timber merchants and Leigh Timber offered to help and they reduced the total for the decking, joists and posts by a third and a family member offered to do the work and so we were able to make a start. Well I say we, it certainly wasn’t me! 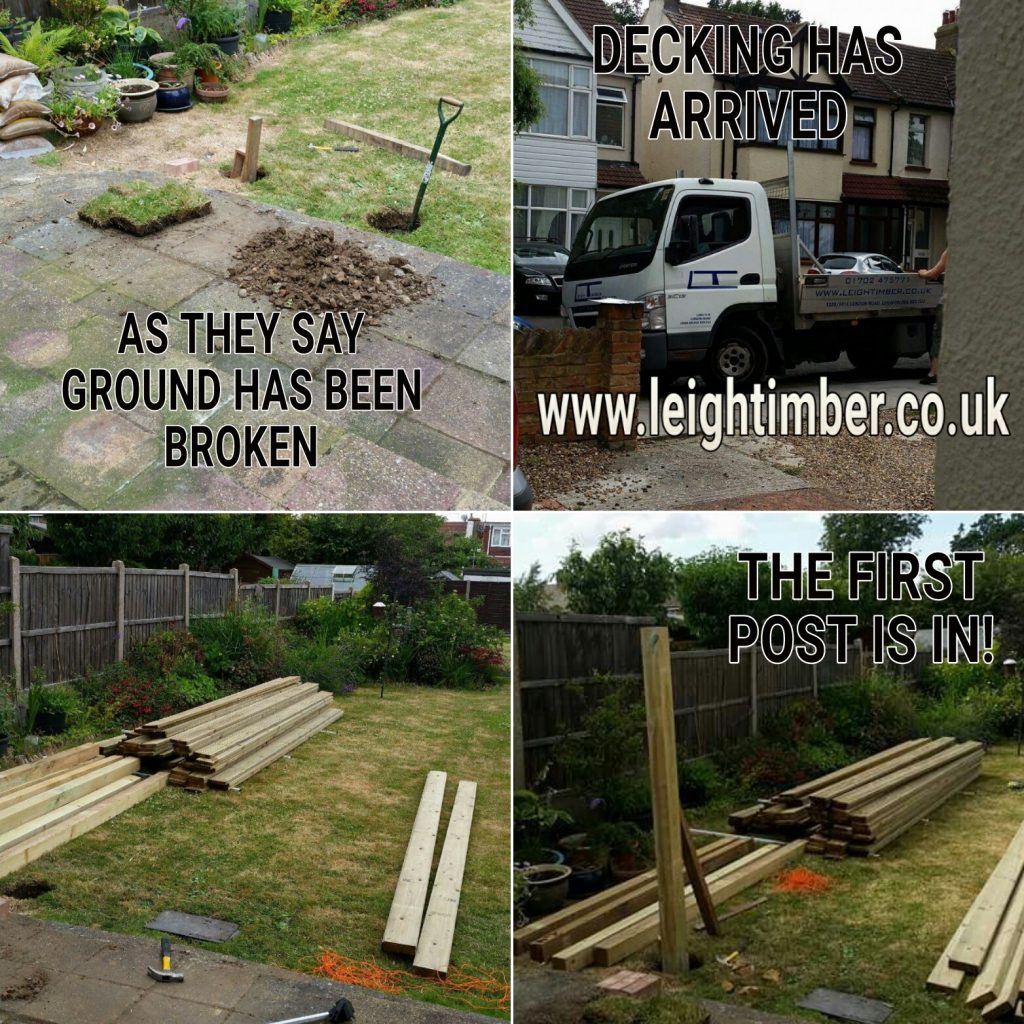 I sat and watched as the build started and the six post holes caused a lot of stress and cursing from the guy who was digging it.

The framework that the decking sits on takes a lot of work and it was made extra strong, I hope that wasn’t a result of looking at me and thinking I look heavy! We also decided that we wanted the steps to be built into the decking  rather than going out off of the front. The original plan was to have a ramp leading to the garden but the decking sits so high that the ramp would be ridiculously long and I am actually just happy to get out and sit in the garden. 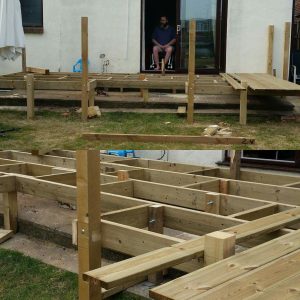 We were told that once the framework was built, the rest would go down very quickly. We spent a lot of time looking at the different types of balustrade available and we were obviously restricted as many of them are very expensive. In the end we decided to buy some black metal and pine balustrade from B&Q. 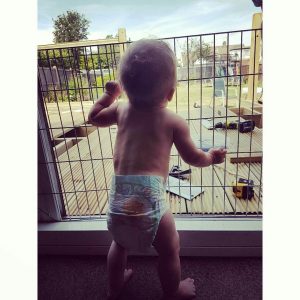 My Granddaughter thought she was product manager!

It was amazing how quickly the decking went down, soon enough it was past the patio door and I was able to wheel out onto the decking even though it wasn’t finished and it was so nice to get outside. 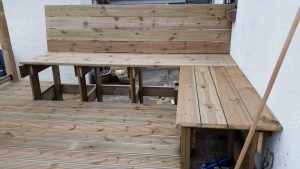 I asked if we could have some seating built and that it be wide enough that I could also lay on it. It also would be cheaper than buying something that would seat people and we are very pleased with the result. 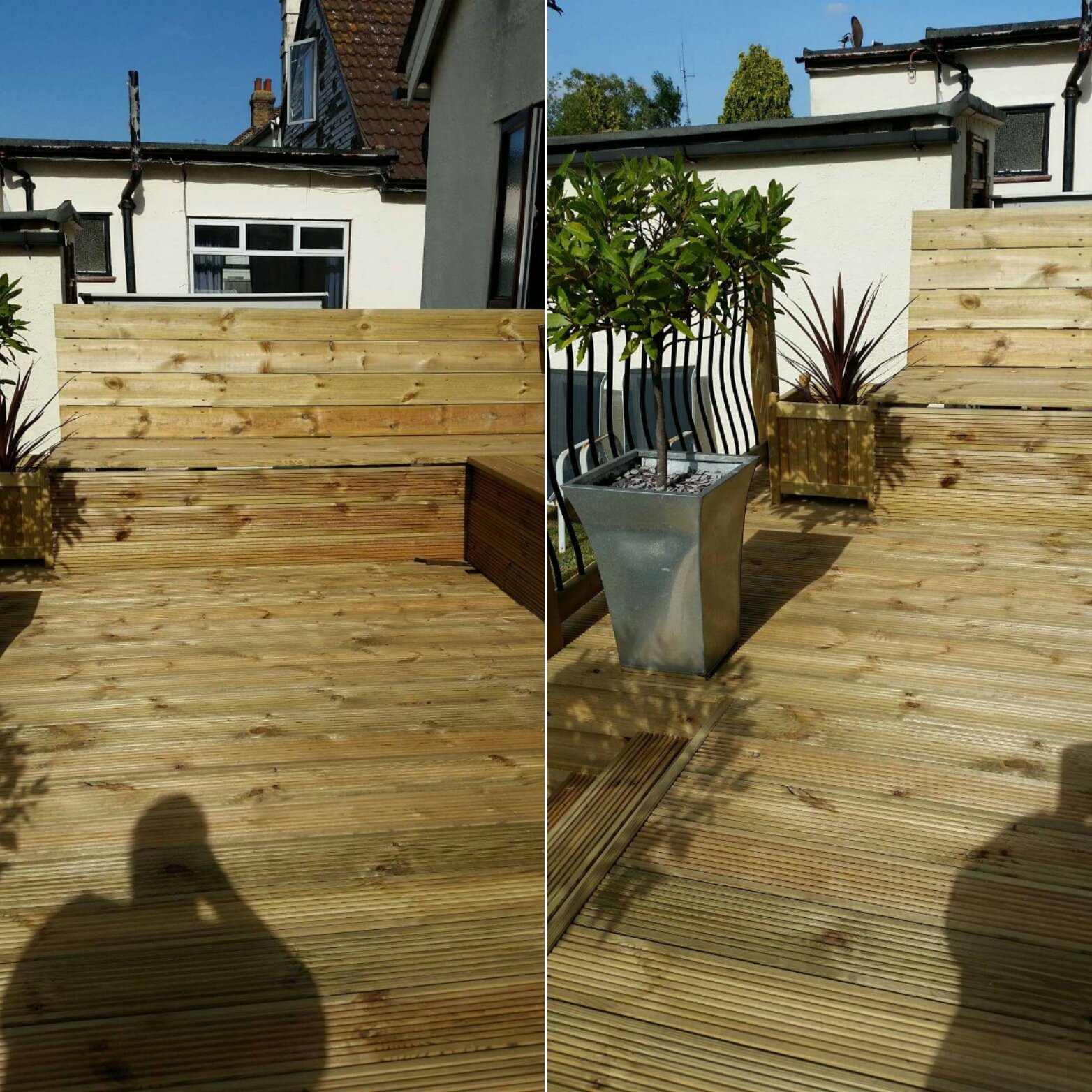 We just now need to get some cushions for the seat and it will be perfect, although I have already used it and it feels so good to lay outside in the fresh air, well as fresh as it gets here in Essex! 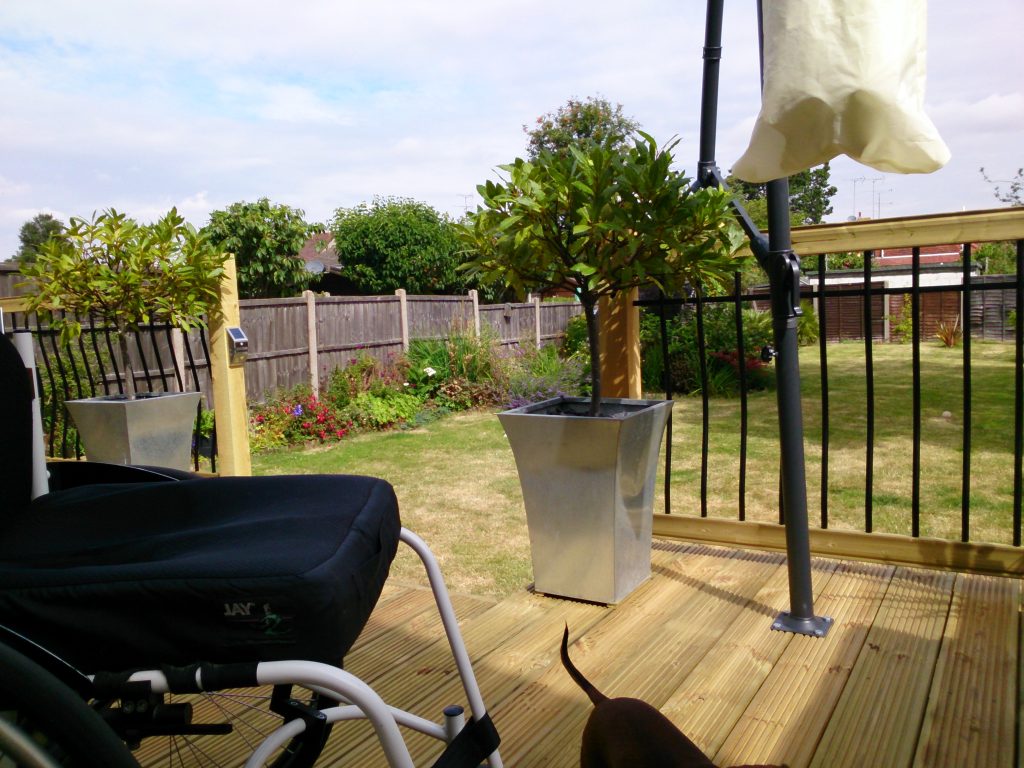 So now all that is left is for the post caps to be fitted that were bought from eBay from seller 1518shaun. 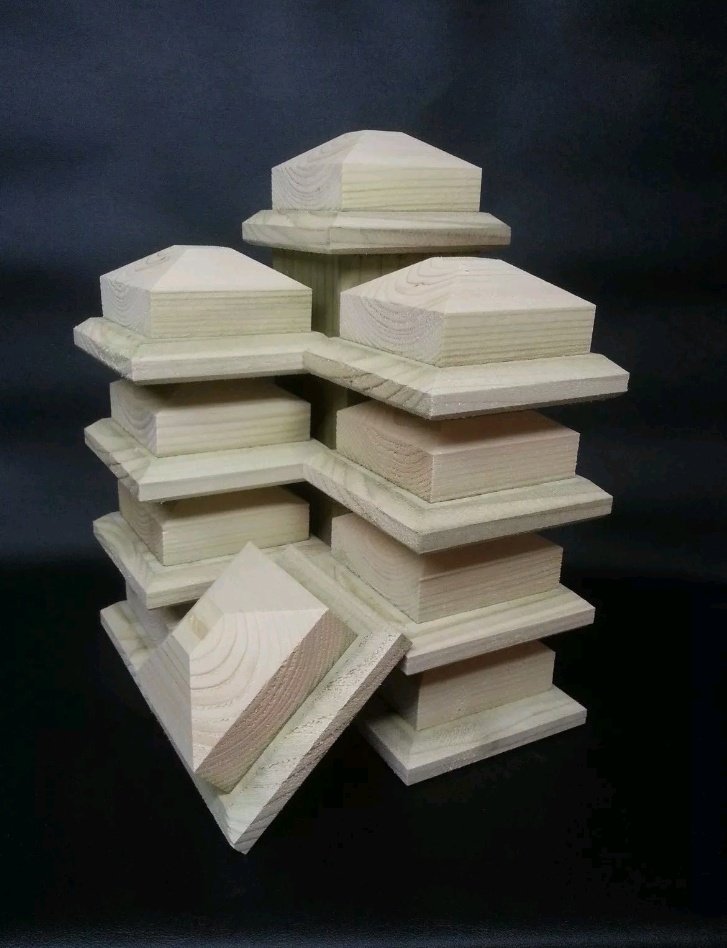 The front and sides have got to be closed in and behind the seats there will be doors for storage and some odd bits to finish off. We fit didn’t opt for built in lighting but instead bought two solar post lights from Aldi.

All finished, oiled and looking amazing!

A massive thank you to everyone who has made this happen. I cannot explain how much this means to me and my family, 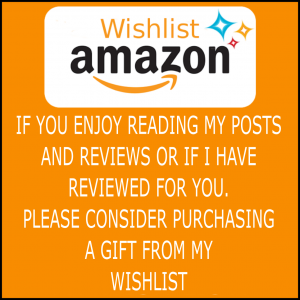